I got my first fly rod as a gift in the late 1960's  It is a 8 ft. 6 in. 8 wt. Fenwick fiberglass beauty
with a shakespear purist reel.  I still have that out fit.  The clerk that sold my wife probably
knew that she didn't know backing from BS and saw an opportunity to unload that eight wt. on her.
Problemm was that there wasn't any water within a few hundred miles that required that much rod.
I fished the small streams in the Seirra foot hills.  I didn't know that an 8 Wt. was massive over
kill for the small streams I fished, all I knew was that I was a very serious fly fisher wanna be
and I had a brand new fly rod, then I tried to cast.  I tried and tried and tried and it wouldn't work.
At the time there were no instructional videos.  There was the occasional magazine article which I read
over and over but it did little to help me learn to cast.  I still don"t know why that rod didn't end up
in a rummage sale, except that I had such a passion for fly fishing.  Eventually I figured out how to throw
enough line to catch a fish. It was frustrating and took a long time but boy was it worth the effort.
This post is mainly for anyone that has an interest in learning to fly fish.  My advice is to hire an instructor.
One on one instruction that includes equpment selection, assembly, casting, fly selection and actual on the water
instruction and much more will shorten the learning curve tremendously. Anyone can learn to fly fish, it doesn't
require special skills or athletic ability.  Give it a try, I promise you will like it.
Tight lines,
Ron

Ten things I would hate about not fly fishing 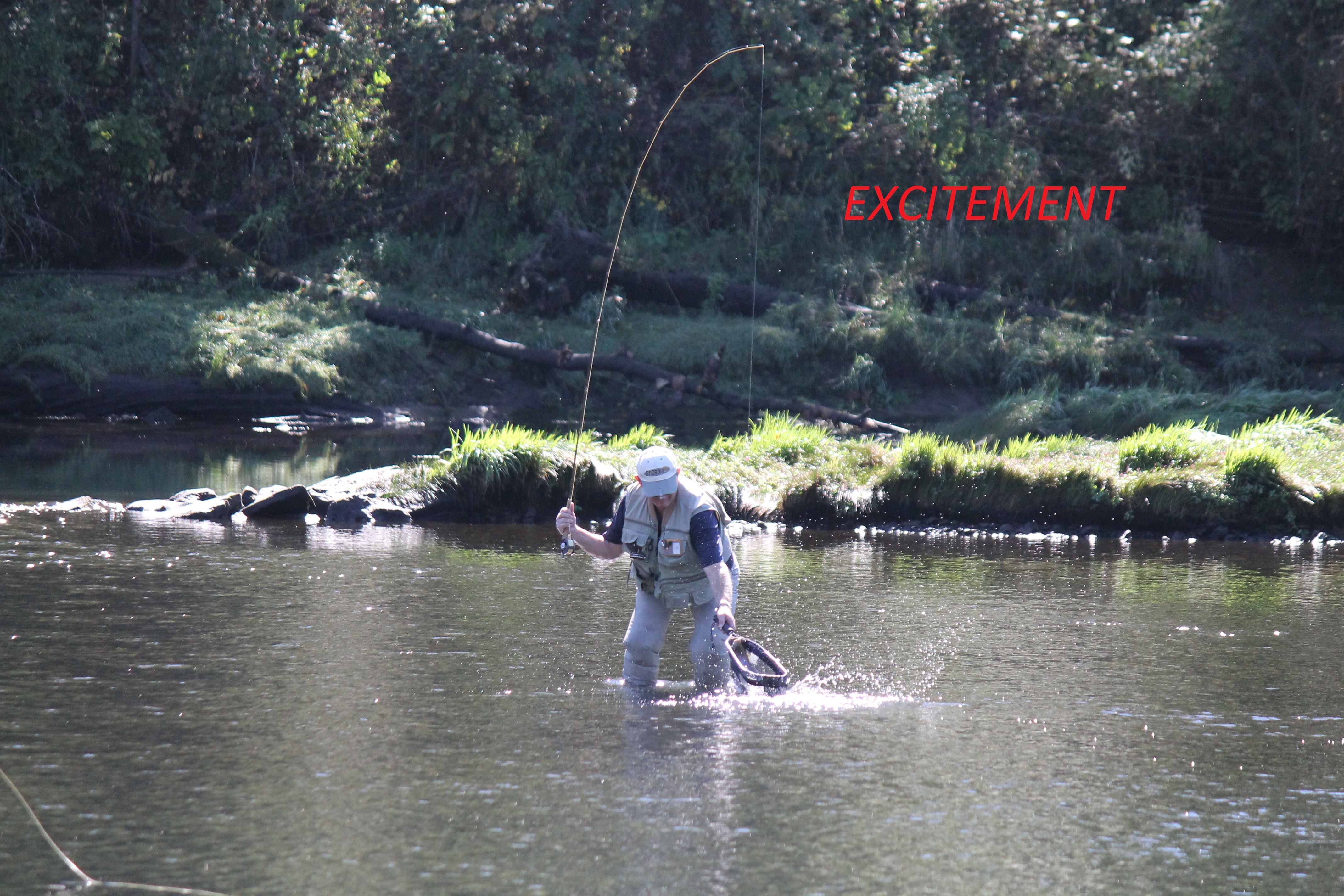 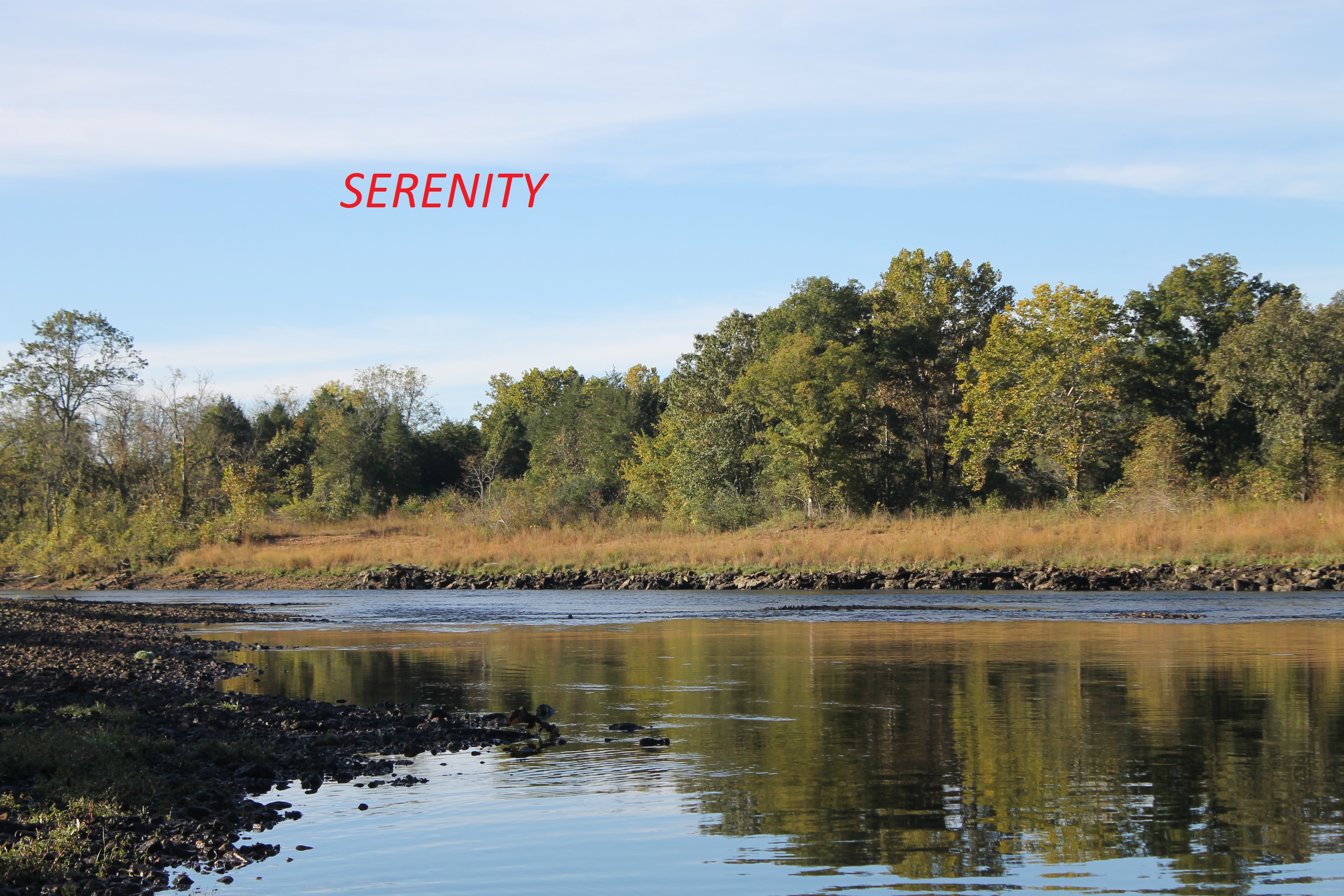 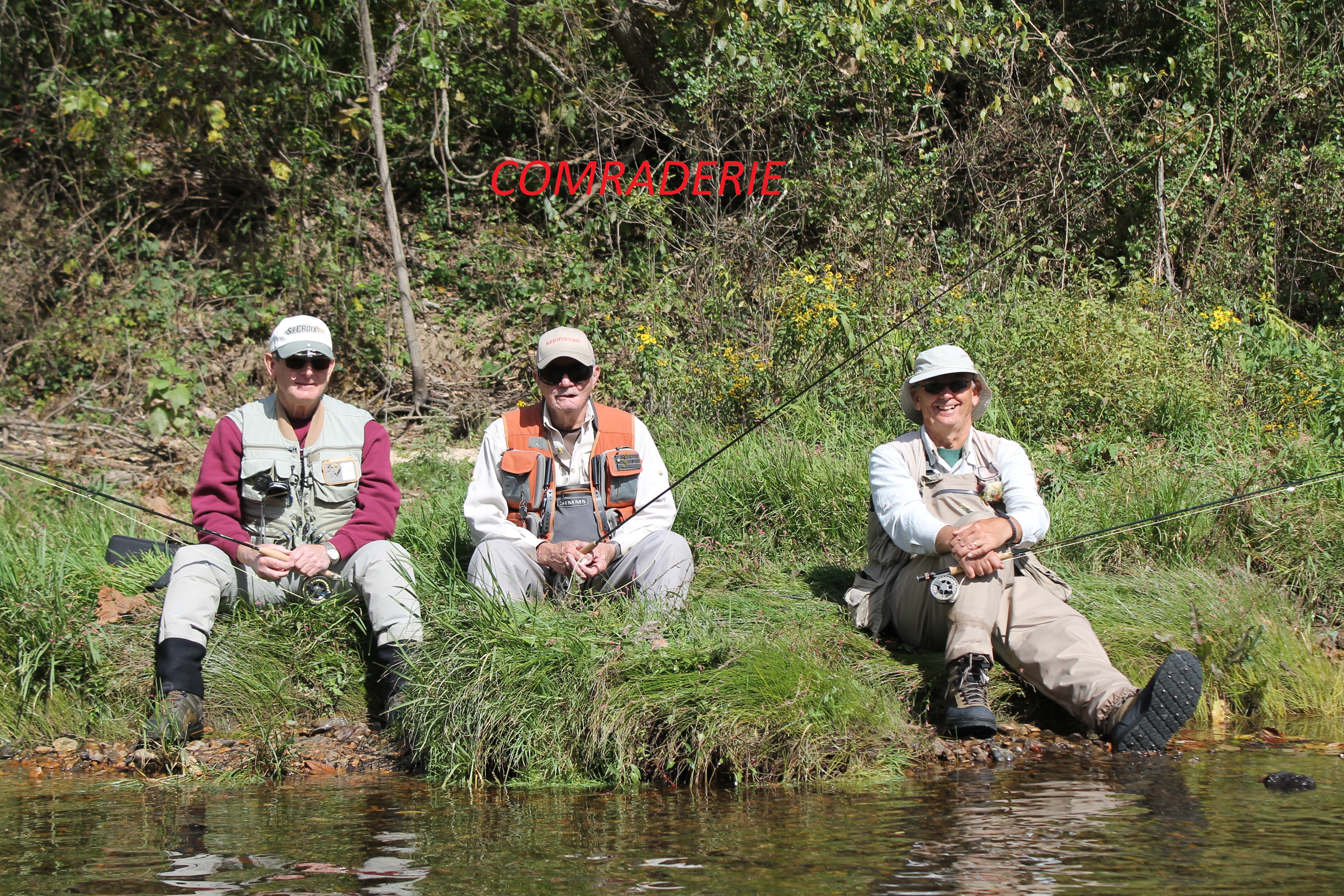 Ten things I would hate about not fly fishing.

1. The high cost anti-anxiety medication. A couple of hours on a beautiful stream with a fly rod in my hand is about all of the anti-anxiety I need.
2. It's back to sox and underwear for Christmas.
3. I would have to hang out at the sporting goods department at wally world instead of a really cool fly shop.
4. I would have to find a new way to meet fabulous new friends.
5. I wouldn't have been able to introduce others to this awesome sport.
6. I was wading some shallow water one afternoon when I came upon a school of bottem feeders.  They parted politely and allowed me to wade through. I waded on a few yards and heard a huge splash behind me.  I turned around and saw a large brown trout swimming toward me with a ten inch fish in it's mouth.  The big brown came almost to my boots and turned and swam slowly toward the middle of the river.  It was nature doing her efficent work and it was awesome.
7. I wouldnt have been able to spend the better part of my life enjoying the purest of pure fishing pleasure.
8. Not feeling the electric shock of a hard strike.
9. Wading hip deep in the river watching my dry fly land softly on the water a few feet above a rising trout. The fly drifted into the feeding pattern and I saw the splash, raised the rod and felt the pull..  I still smile when I think about that.
10.There are about a million other things that I would hate about not fly fishing.

So now as the saying goes, I've shown you mine now you show me yours.
Warm days, light winds and tite lines.
Ron 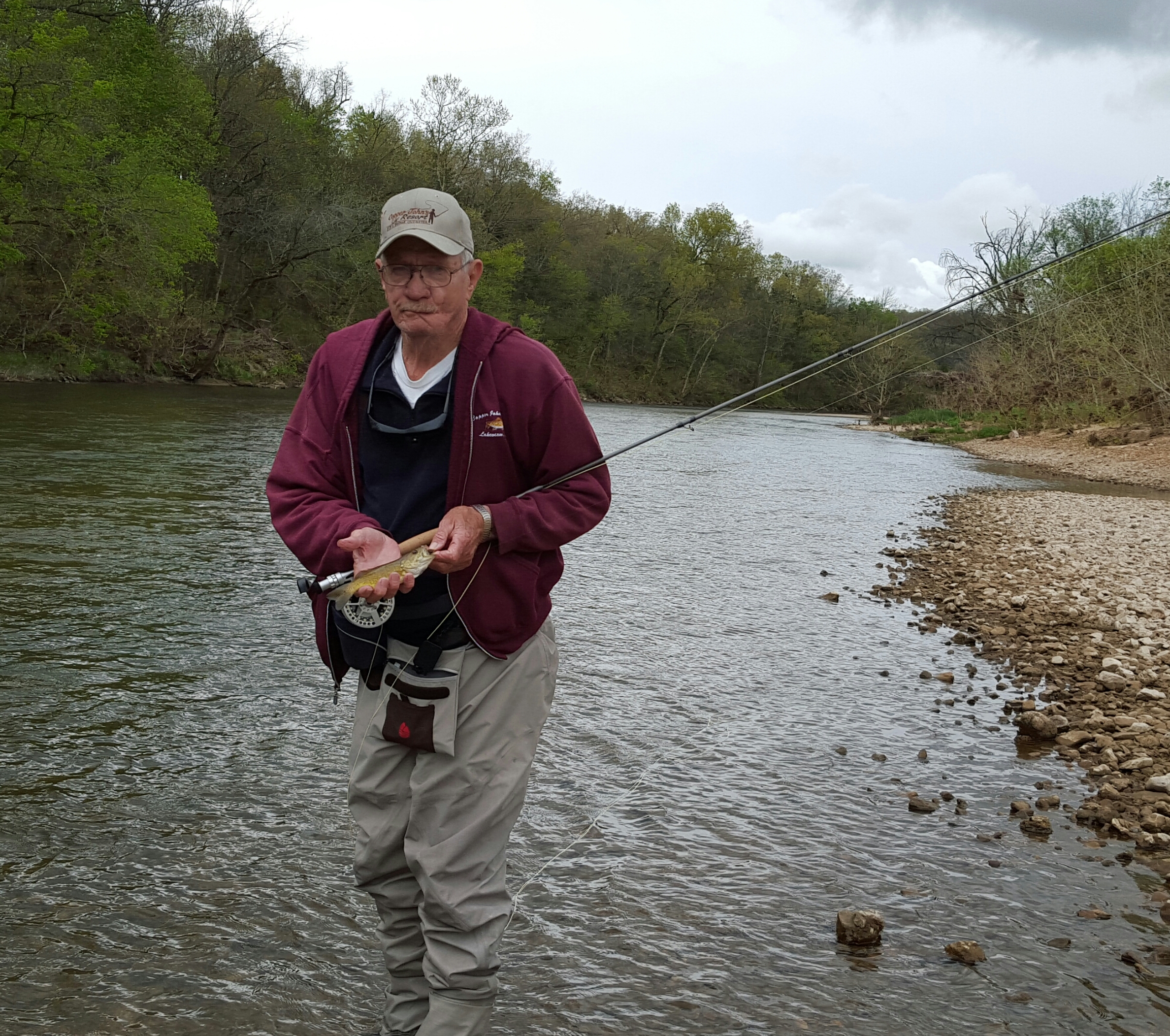 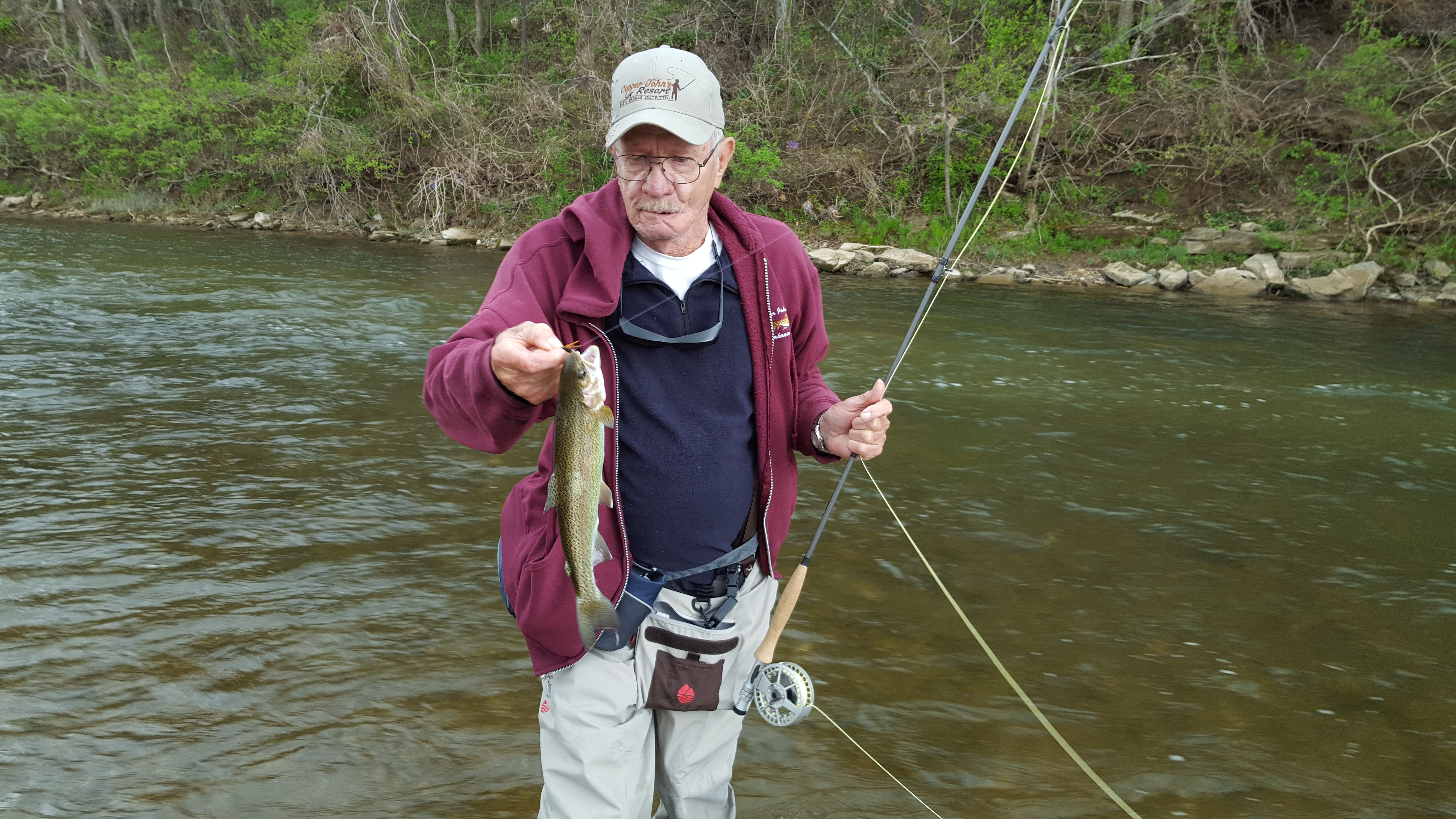 My wife and I fished Crooked Creek awhile back. While we were gearing up in the parking lot, we met Kelly Bostain. Kelly is an outdoor writer for the Tulsa World newspaper and was in the area to fish and write an article on fishing the White River. Crooked Creek was an afternoon side trip. He picked our brains for a few minutes about what to use on the creek and wrote a nice article about the area and Crooked Creek.
Click here for full article. We caught a few fish and had a great afternoon fishing for smallmouth bass.